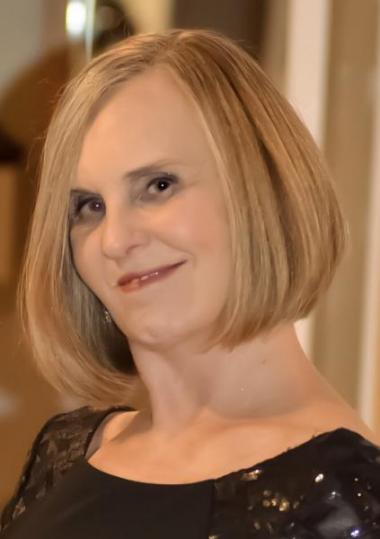 Maryanne Galvin is a documentary filmmaker as well as a practicing forensic psychologist in Boston, Massachusetts.

Her films have won awards at film festivals in the USA and abroad and her 15 films have been broadcast and distributed widely. Galvin has also written, directed, and produced four educational videos for mental health and law enforcement professionals. She holds a doctorate in psychology from the University of Massachusetts, Amherst and is a licensed and Board Certified (ABPP/Counseling) psychologist. She also earned the MFA in Creative Writing at Emerson College, Boston. Filmmaker, forensic psychologist, educator, and entrepreneur – Dr. Galvin uses her background in psychology/behavioral science and creative writing to inform her visual storytelling.

Her 2020 release, Bound by Precedent, a 9 min. documentary garnered awards at festivals worldwide with over 20 Official Selections at notable film festivals...which have continued virtually despite the worldwide pandemic. The film explores the firestorm of debate subsequent to a Massachusetts Judge's Federal indictment for allegedly assisting a defendant escape ICE (Immigration and Customs Enforcement) custody,

Spring 2019 Galvin released A Scratch for Every Itch a short dark comedy/mockumentary featuring a feted film director whose obsession with a bloodsucking parasite lead to her demise.

Galvin's spring 2018 releases are short non-fiction films. 13 Reasons to Fly features 16 year old Belle, who takes exception to a streaming internet series depicting 13 reasons why a fictional teen commits suicide. Belle disrupts society’s mistaken beliefs about individuals with mental illness. She offers a distinctive lens through which we view suicide and our responses to it. The film chronicles Belle's struggle with mental illness and suicidality, while interspersing stimulating vignettes, fueled by hope and resilience, from the lives of other youth struggling with mental illness and self-harm.

How We Roll: The Last Milers explores the difficulty in getting people from transportation hubs like railway stations, bus depots, and ferry slips, to their final destination. Three colorful Bostonians offer their solutions to the “last mile” urban commuter challenge. Employing spirited footage, stimulating interviews and person-on-the-street reactions, they spur us to rethink urban transportation.

Released in January 2017 Galvin's Seed & Sprout: Growing the Food Rescue Revolution invites viewers to consider this question: can ordinary people end hunger in America by redistributing a small percentage of wasted food flooding our food system and landfills? Character driven stories bring this discussion to the dinner table through personal interviews and captivating images that will stimulate viewers to digest and take action. An Official Selection at over 10 film festivals worldwide in early 2017, SEED & SPROUT is distributed at www.darkhollowfilms.com

Her 2013 release, Rewilding America: Lessons Learned from the Cape Cod Bear, found a global audience of nature and wildlife enthusiasts. The film took home Best Wildlife Documentary at the Twain Harte (CA) Film Festival and was invited to over a dozen festivals including the Vaasa Wildlife Film Festival, Finland. The film is distributed at www.darkhollowfilms.com

Galvin's 2012 film, Urban Odyssey, blends several areas of interest for the filmmaker: environment, community improvement, children and youth, aging, and health. Urban Odyssey captured hearts and minds on the festival circuit with multiple invitations and awards. It is in distribution with www.darkhollowfilms.com.

Her 2010 short film, Real Danger: Restraints & Our Children, received national and international recognition at film festivals, professional conferences (Am. Psychological Association, etc.)  and community based screenings. Real Danger presents nuanced, balanced look at to the controversial practice of restraining and secluding youngsters in schools, mental health and juvenile justice treatment centers in the USA. Weaving animation, archival and contemporary location footage, an original score and hard hitting intimate interviews, the film delivers an unexpectedly uplifting portrayal of the strength of the human spirit in some dire circumstances.

Several years ago, she chronicled the heated debate amongst her colleagues about their work as consultants to interrogations in U.S. national security detention centers.  Interrogate This: Psychologists Take on Terror, premiered in September 2008 at The Thin Line Film Festival in Texas. The film screened during the American Psychological Association's National Convention (Boston) and took home Best Director at The Bridge Film Festival in Sarajevo 2010.

"What's Going On Up There?"  narrated by Leonard Nimoy, presents a lay person's examination of current trends in the 'outer space' industry and is her sixth film in as many years. "As Is: A Downsized Life" examines the lives of nine people living economically simplified lives for a variety of reasons. "The Pursuit of Pleasure" explores the evolution of female sexuality since the US Women's Movement from the perspectives of 7 diverse women. Her previous films include: "Thanatos Rx: The Death Penalty Debate in America"; "Amuse Bouche: A Chef's Tale" about Chef Barbara Lynch of No. 9 Park, Boston; and "High, Fast and Wonderful" about three priests who minister to circus performers, race car drivers and migrant workers. Galvin also shot, directed and produced the "Behind the Scenes" short on Alan Chan's "Postcards from the Future"