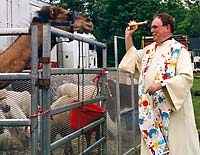 "A whimsical yet thoughtful spiritual odyssey led by four Catholic missionaries tending flocks who reside in that place where peril and pleasure intersect. Daredevil circus clowns, Champion race car drivers and migrant workers on Nantucket Island reveal that even the briefest encounters can inspire relief, hope and joy despite life’s twists and turns."

Is it really possible to distance oneself from the physical realities of death and still expect to enjoy the physical wonders of life? High, Fast and Wonderful offers both a multi-layered saga and a visually compelling non-fiction response to this question. Filmmaker Maryanne Galvin found herself in the vortex of life’s downside: two cancer surgeries in 6 months; laid off one job and facing diminishing prospects; another 40 something birthday and the sense of time moving swiftly; and the sudden death of a very dear friend. 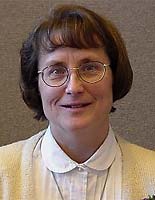 She contemplated joining the circus but quickly realized she had little to offer but possibly everything to gain in that venue after a chance meeting with Fr. Gerry Hogan, the National Circus Chaplain. This turned out to be an emotional watershed for Galvin, a “lapsed Catholic” who sought solace in her faith. She wound up doing so in the most unusual places: amongst daredevil circus performers, champion race car drivers and migrant workers on Nantucket Island.

Tucked beneath the protective wing of her omnipotent narrator---an animated dove—Galvin embarked on a whirlwind sojourn in search of meaning, connection and renewal of faith. Like so many others (not just Catholics), she was experiencing a crisis in faith due to the tremendous advancements in technology over the past century—which have primarily occurred within a spiritual vacuum. As a culture, Westerners have developed a large and dangerous sinkhole subsequent to having evolved so much faster technically than spiritually. High, Fast and Wonderful explores how certain individuals in some very unusual places rekindle their faith and fend off both the fear of falling deeper into this void of egoism and material idolatry. 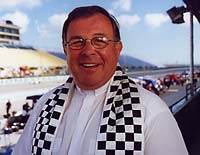 Approached from a Western Judeo-Christian angle but minus religious overtones, the film explores the personal, cultural and spiritual ramifications of seeking respite from life’s tragedies within the dysfunctional family of Church. There are no miracles, sermons or evangelical revelations—just pure Galvin relating her discourses about life’s twists and turns—in conversations with the National Circus Chaplain Fr. Gerry Hogan; Fr. Phil DeRea at CART Ministries and Fr. Richard Wilson and Sr. Charlotte Hobelman at the Office for the Pastoral Care of Migrants and Refugees, Washington D.C.

Tracking the ministries of these missionaries serving “People on the Move” the film probes the hopes, fears and faith of a diverse flock who exist at that place where peril and pleasure intersect. Daredevil circus clowns, Champion race car drivers and migrant workers on Nantucket Island reveal that even the briefest encounter can inspire relief from life’s ups and downs. Honoring the church’s long tradition of promoting and defending the human rights and dignity of those not usually thought of a “typical church people” each one advocates social remedies and fosters opportunities for spiritual growth. The film depicts clergy in action, living out the mission of social justice even when it brings them to unconventional circumstances. They demonstrate how actions can obliterate racism and stereotyping and promote pluralism. 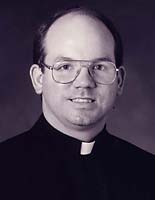 High, Fast and Wonderful prompts viewers to consider a rather unique perspective on building spiritual relationships and communities as a means to cope with life’s challenges (death, illness, separation from loved ones, social struggles). An interior as well as surface journey, the film offers a compilation of intimate yet extemporaneous interviews, rare archival and live action footage, animation and still photomontage. A lively musical score by Berklee College of Music alum Jon Lay highlights the punchy narration voiceover of Annie Copps, Boston Magazine food editor and talk radio host at 96.9 FM.