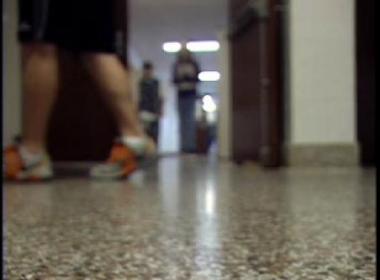 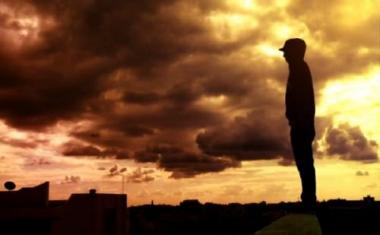 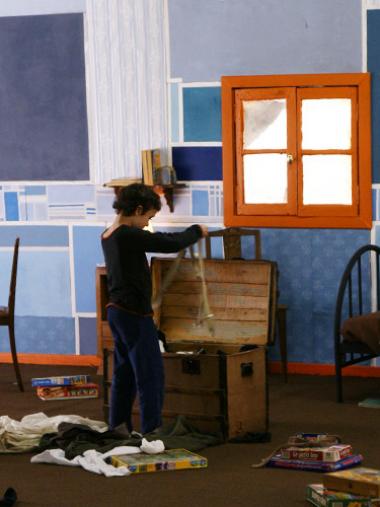 Real Danger: Restraints and Our Children portrays the use of physical and chemical restraints at facilities intended to provide children with protection, education, and treatment. From Dr. Philippe Pinel’s humane work with Parisian, psychiatric patients in the early 19th century to contemporary educators, mental health providers, residential and juvenile justice treatment staff, the film casts light on this controversial practice. California Congressman George Miller, Chairman of the House Committee on Education and Labor, has called the use of restraint and seclusion in child settings a “nightmare of abuse.” The courageous interviewees provide a grim reminder - educating us about this misguided method of control - which many of us thought had ended long ago.

Program administrators, treatment providers, clinicians, educators, former service consumers, and parents whose children were injured or died while in restraint revealed their thoughts to me, a stranger. I am acutely aware of the genuine privilege I am afforded each time someone places their trust in me to tell their story on camera.

These compelling personal accounts are intended to move the viewer through a range of responses, perhaps identical to the emotions I experienced during each stage of the production process over the past several years. While working on this film, my feelings vacillated from rage that such barbaric behavior still exists in the name of therapeutic intervention, to tearful contemplation, and ultimately to optimism.

My vision for the film was two-fold. First, to instill a burgeoning hope that the use of seclusion and restraints will grow increasingly less frequent. The second goal was to inspire decision makers and practitioners to reconsider this issue and relegate these interventions to their rightful place as highly scrutinized or prohibited practices in child settings. Real Danger introduces an array of programs in the USA where alternative interventions, including sensory rooms and other approaches have drastically reduced or entirely eliminated the use of restraints.

I set out on this film journey to depict a profoundly important aspect of our humanity and to provide a compelling cinematic experience that fires the brain and rouses the soul. My intent was to cinematically render some of the needs that join us all – a desire to be safe, to be understood, and perhaps, on the best days, to be loved, and to quiet those who would look to diminish our collective compassion.

There were several unintended consequences of taking on this film. Each one holds a special place in my heart, particularly the people I've encountered, including my brilliant crew. I received wisdom and insight from the brave children, teens and adults who revealed their innermost thoughts and feelings about this complicated issue. This particular film process, though fraught with truly depressing moments, squarely reminded me that there are talented, caring and generous people everywhere on Earth who fall asleep each night knowing they've helped someone.

A Crew With a View

As a mental health professional who works primarily with adults, I was intrigued when my colleague (the director/producer) Dr. Maryanne Galvin, described this project to me.  I knew little about the use of restraints and was eager to learn more, as well as help out in any way I could.  I previewed one of the early rough cuts of the film which, the first time through, brought me to tears.  How could this be possible?  While I was generally unaware of the continuing, widespread use of this Machiavellian practice in the treatment of young people, I grew deeply troubled when learning about the number of deaths and injuries each year that are attributed to restraint use. In this film, as well as the others in Maryanne’s significant and growing body of work, she artfully transports her audience to the hallowed ground of her labor, where the honesty, integrity, and ardent insight she brings to the undertaking is revealed.  She lays bare the reality of restraints and their use on “the most helpless members of our society.”  One young woman in the film, herself a past victim of this practice observes, “We’re not aliens from outer space.”  With ever sharpening focus, the film returns a sweetly human face to the children, and they are all beautiful, intensely thoughtful, hurt, vivacious children, and thus inspires hope.

As an attorney who works with youth suffering from mental health problems and juvenile court-involved populations, the film presents the importance of offering actual treatment and education in settings meant to serve youth who are frequently cast aside or worse, branded and banished to a correctional setting.

From the first frame, I was immediately transported into a frightening reality experienced by many children, where adults use physical and chemical restraints for what seem to be few if any good reasons.  These children are usually already suffering mental diseases or developmental disorders and are unlikely to understand the reasoning behind such harsh responses to their behavior.  Each on-screen moment reveals another facet of this misapplied and rarely discussed intervention, which is supposed to be used in only the most life-threatening situations.

The film highlights the fact that restraints and periods of seclusion are sadly regarded as “routine” and are too often relied upon to quell violence in some settings. The film also shows some other very similar programs where staff capably demonstrate alternative approaches and either gradually eliminate or greatly reduce their use of restraints.

The music, spoken word and moving images brought the word "restraints" to life for me.

This film offers an entry point, a place to begin discussion and if needed, debate - amongst parents, treatment providers, lawmakers and even the youth on the receiving end.  Responding to violence with violence just doesn’t make sense. Staff training, heightened awareness of trauma histories, and program policies scrutinizing any "hands-on" interventions seem like more productive "next steps" as we care for our future citizens.