What's Going On Up There? 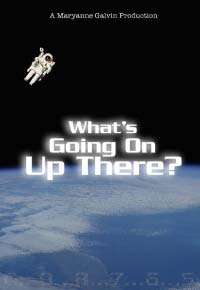 If you bring up space flight or exploration in any conversation everyone has something to say. People respond to space flight emotionally, intellectually, or both.

People have been talking about space since the first human lifted his or her eyes from the earth and saw the stars high above. Like many of the technologies we now take for granted, people have come to see space exploration as something that happens almost automatically.

What's Going On Up There? examines the sacrifices that must be made on the road to revitalizing the space industry.

Featuring interviews with scientists and scholars at MIT, Yale, Sydney University, and UC San Francisco, attorneys, authors, entrepreneurs, economist, environmentalists, filmmakers, youngsters and average citizens--even a college student in Kuwait who wants to be the first Muslim woman in space -- this in-your-face documentary offers conversations on all sides of the space debate.